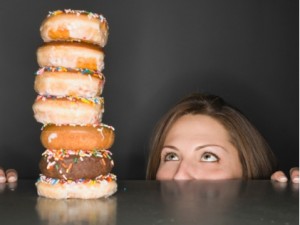 Hello everyone.  Welcome to yet another edition of my Paleo diet food tips on making the transition. As many already know, there are certain factors that make it difficult to stick to Paleo diet.

In the previous article, I have discussed to you how to stay Paleo in a non-Paleo world. This is somewhat a continuation of that discussion.

So why do some people fail at Paleo? Here, we will tackle certain issues that go beyond budget concerns, resisting temptation and food preparation challenges.

There are other elements that we need to identify, recognize and determine the solution, since these factors play a vital role in the whole transition process.

I happened to talk to a number of people trying out Paleo – with some attaining highly impressive success and others who fell off the wagon so to speak. Here are the feedbacks I got from these individuals on major Paleo diet food roadblocks and my personal suggestions on how you can possibly overcome them:

Dealing With Negativity And Judgment

Unfortunately, this is something that you cannot entirely avoid. Much like politics and religion, food choices are commonly open for discussion and often scrutinized by some. There are individuals out there that will give you their piece of opinion whether you like it or not. It’s part of the human nature. So don’t be overly surprised if people give you unsolicited advices and judge you on your decision to embrace Paleo diet food.

So what can you do about them? Here are some suggestions:

It is understandable that the Concept of Paleo diet food has a polarizing effect as it is basically based on evolution. By labeling and telling everyone why you do this and avoid that, you are openly inviting them to argue and challenge your choices. The fact is, you don’t have to. 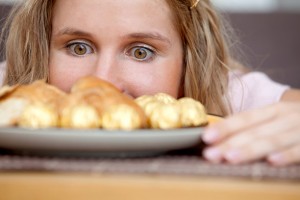 Like a newfound religion, there are people out there who can’t help but act high and mighty about sticking to Paleo diet food.

While discovering and embracing Paleo is certainly something that you can celebrate about, it’s not a platform to look down on other people, especially ones that deal with health and weight issues.

Keep in mind that people generally make choices and decisions to the best of their ability to the best of what they know. Resist the urge to launch a lecture on this and that. Instead, focus your energies on becoming a role model. Allow people to notice the chances and ask you what you have been up to. It’s easier to influence people that way.

Eating Out And Socializing

Now I have to say, I have to agree eating out can be a real challenge. But it’s not something that should give you an excuse not to stick to Paleo diet food choices. Here are some suggestions:

Choosing What To Eat While In A Rush

When you are hungry and in a hurry, it can be difficult to see past reasons and go out of your way to stick to Paleo diet food choices. So how do you go about it?

So there you have it. These are just a few common roadblocks that make sticking to Paleo diet food a real challenge. I hope you will find my suggestions helpful in transitioning and sticking to Paleo lifestyle.