Can Vegetarianism And Paleo Diet Mix? 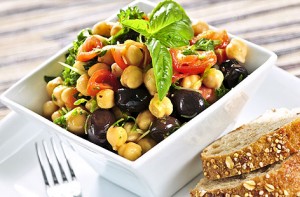 The difference between the vegetarian and Paleo diets are far too significant – to the point of being fundamental – that it would be unthinkable for vegetarians to switch to Paleo. Vegetarians after all avoid meat altogether, while meat forms the core of the Paleo diet.

This is why it is surprising to know that some vegetarians have switched to Paleo, while plenty of others still are considering a switch to this lifestyle after they learned about it from their friends and family.

Wondering how could this be? The answer lies on the motivations of individuals for turning to the vegan diet – if they became one because of health reasons or concerns, then they can be convinced once they learn about Paleo, its principles and benefits. The case of vegans who are so because of ethical reasons is slightly tricky. Followers of the Paleo diet lifestyle would be hard-pressed for ways to make this possible. On its face, it seems so incongruent, almost unfathomable to combine these two lifestyles together.

Yet, when you come to think of it, at the heart of these diets or lifestyles is their emphasis on consuming food which are natural and packed with the nutrient, as well as getting our bodies rid of toxins. Both would shun fastfood and, instead, advise you to integrate vegetables and fruits into your diet. So for vegetarians who are seriously thinking about embracing the Paleo lifestyle, here is what you have to know.

Protein-Rich Food As Substitute For Meat

Incorporating eggs into your diet will provide you with your requirements for protein, choline, and vitamin B.

Dairy is another potential source. Though it is not particularly on top of the hierarchy in the Paleo lifestyle, dairy is an excellent source of protein. If you are sensitive to lactose or casein, you can still turn to dairy if you turn your milk into yogurt or kefir. As the milk is fermented, its lactose content is destroyed. Casein is relatively easy to avoid if you opt for dairy from goat or sheep. While casein is not totally absent, people rarely have adverse reactions with this type of casein.

Other good sources of protein are legumes and pseudograins. These are not considered as Paleo food, however, because they have a high phytic acid content, aside from containing lectins, saponins, and protease inhibitors. Saponins irritate the guts. But Paleo experts would say that if you prepare them correctly, then these can be considered as legitimate sources of protein – the Paleo way. One way of addressing this concern is by soaking your legumes and pseudograins in water or sprinkling it with vinegar, and letting these sprout.

Other Potential Sources Of Protein

If your sole reason for turning vegetarian is your concern for your health, then you can include oysters, mussels and other bivalves in your diet. These creatures have no central nervous system, thus they cannot feel pain. On the other hand, there are those who would not mind eating shellfish, chicken, and fish on certain conditions. Among them that the animals has got to be strictly grass-fed and supplied directly by the farmer, or that they raised the chicken themselves.

Regardless of where you stand, you can embrace the Paleo diet lifestyle without sacrificing your principles. What it all boils down to is knowing your options and acting according to your beliefs.