Fat Consumption And Your Paleo Diet 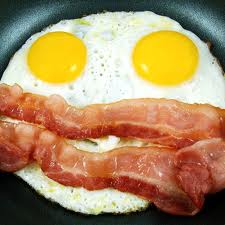 Fat is a rather controversial issue in Paleo diet, as many people seem to argue that it is not beneficial to human health. In fact, I have heard vegetarians argue that most mammals lived on vegetarian diet for centuries and have managed to fare rather well.

In fact, they say, gorillas are capable of lifting heavy objects even ten times their body weight following a diet that is primarily composed of plants.

However, we should not forget one important fact there: we are not gorillas and we are not wired like them. There is also the fact that gorillas, along with most mammals actually thrive in a high fat diet. Now, I can see more eyebrows are raised.

It is important to know that gorillas, along with other herbivores are endowed with large guts that allow them to ferment cellulose and fiber in order to produce short chain fatty acids. So while these herbivores live on a high carbohydrate diet primarily on plant matter, these carbs are transformed into fatty acids in their guts. This means that the natural diet of most mammals is high in fat.

If you will interfere the natural diet of gorillas and feed them fruit, they will develop the same high blood sugar problems common in humans and they can develop diabetes. And like us, diabetes can pose a series of health complications among gorillas.

This can be linked to the diet of factory farmed cattle, which are primarily fed with soy and corn instead of their natural diet which consist of grass. This unnatural and unhealthy diet causes these cattle to grow fat and easily get sick. This has the same effect on humans who are on a high carbohydrate diet.

A Closer Look At Fat And Human Diet

All throughout human history, the diet is primarily composed of animal products. According to experts, this is one of the reasons why our brains grown bigger over the centuries. In fact, meat was so important in the past that our ancestors were compelled to paint their figures on the caves as they hunt for these animals.

However, unlike gorillas, humans have significantly smaller guts. It is also for this reason that cooking has been an integral part of our diet as it is the medium that makes it possible for nutrient dense food to become easily digestible.

Saturated Fat, An Integral Component Of The Paleo Diet

The human bone marrow as well as the brain is primarily composed of fat. Saturated fat, in particular. However, over the years, consumption of saturated fat was largely discouraged as it the primary source of cholesterol. Hence, most of us have been trained to avoid cholesterol like a plague.

However, it may come as surprise to many that cholesterol is actually something we need. It is the most important component of like, which every cell of the human body needs, including the brain. Furthermore, high intake of saturated fat is linked to the reduction of bad cholesterol in the body.

What does this mean? Not all fats are created equal. Saturated fat is your friend and something that you should not shy away, particularly when on a Paleo diet.