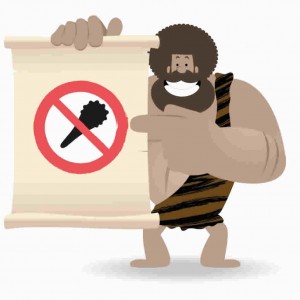 With so many diets sprouting like mushrooms these days, it is understandable why most people have their own share of apprehensions and misgivings when presented with yet another diet program.

I actually find this a good thing as it only reflects the fact that we are a thinking society.

So whether you have taken the plunge or still contemplating on making that healthy shift, it is helpful to know and understand the major Paleo diet criticism you will no doubt come across.

A Paleo diet criticism typically stems from critics who want to nitpick on a perceived flaw of the diet and its eating guidelines. When I first started with Paleo, I too have taken on an apprehensive stand, if not a tad critical about it. Again, this is a great thing as it forced me to delve deeper and understand the principles of the Paleo diet, instead of merely following a ‘fad’.

So what is said to be the Achilles heel of Paleo diet that has been claimed to invalidate what it essentially stands for? While it’s true that there are number of Paleo diet criticisms out, but the major one would be:

Perfectly Healthy Foods Are Eliminated Such As Whole Grains, Dairy and Legumes

A number of critics point out that just because these foods were not available during the Paleolithic period, it doesn’t necessary make them bad. And since majority of the human population has ‘adapted’ to grains, dairy and legumes just fine, they should not be eliminated from the diet.

For one, dairy is an easily accessible and affordable source of calcium that supports bone-building. People don’t understand why there is a need to eliminate it, especially when the fitness industry promotes whey protein, which was cited as one of the best as well as the highest quality calcium source for supporting muscle development. 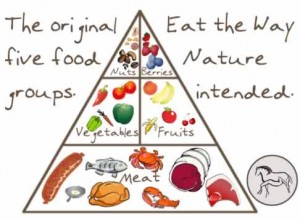 The Paleo diet criticism also questioned the elimination of grains from the diet, given the fact it is known to provide heart healthy fibers as well as antioxidants, vitamins and minerals. This is a rather drastic restriction especially for Asians since rice as their staple food. It also puts in question the fact that Asians known for above average life span and better level of health even with regular consumption of rice.

Paleo diet has also been receiving a lot of flak with the elimination of legumes, which is also known to be a staple ingredient in the Mediterranean diet. Not only did these people survive eating legumes, they have thrived with it. These are the very same individuals who have led highly active lifestyle, sporting lean, healthy physique.

A lot of people who have read all these sound and perfectly valid objections have gone ahead and written off Paleo diet for good. But in my case, boy I’m glad I was curious enough to seek understanding and clarifications about these restrictions. Instead of rejecting the idea, it would do everyone good if we strive to understand what is it all about and why is there a great need to eliminate these foods from the diet.

By seeking the answers to this particular Paleo diet criticism, you will hopefully firm up your resolve on fully eliminating these food items from your diet. So here goes… 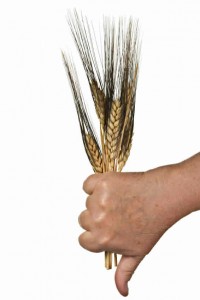 Grains are loaded with lectins and gluten, both of which are potentially damaging to the digestive system of humans.

Why? Gluten is a form of protein that is typically associated with food products and is widely used in the preparation of baked goods and other popular dishes since it adds volume and texture.

Gluten is bad for the intestines since it has a tendency to stick to the intestinal walls, ultimately causing damage by allowing food molecules to enter the bloodstream.

This is a serious red flag to the immune system of the body as it can cause inflammatory responses such as water retention and bloating. You have probably heard food products marketed as gluten-free, right? Or maybe you or someone you know has gluten sensitivity? This is because gluten is essentially an irritant to the human body. If you will trace history, there were no overweight or obese hunter-gatherers. Our ancestors evolved living healthy, longer lives. During that  time, gluten is non-existent.

For your reference, its glucose has a GI score of 100. White bread is found to have a GI score of 73 and micowaved potatoes with 80. Yes, that means, potatoes are also not allowed in the Paleo diet. Say so long to French fries and mashed potatoes then. However, the great news is, with the limited carbohydrates in the Paleo diet, it will not only promote better health and prevent diseases such as heart problems and diabetes, it will also make it easier to lose excess weight.

What Does It Mean To Remove Grains From Your Diet?

So now that you have a better understanding of the answer to this Paleo diet criticism, you are left with an important question: What does it mean to eliminate grains from your diet? This means, you will need to give up all those cinnamon rolls, breads, burgers, donuts, cupcakes, cakes, biscuits, and basically most of your desserts. While it may take a while for all these to sink it, but hey, I have lived to tell you that it’s actually not that bad. As you embrace Paleo diet, you will soon realize that most of the food products that contain grains are actually unhealthy anyway. There are also some great Paleo diet recipes that offer great improvisations to favorite food such as lettuce wraps for burgers, which means you don’t really need to feel overly deprived. 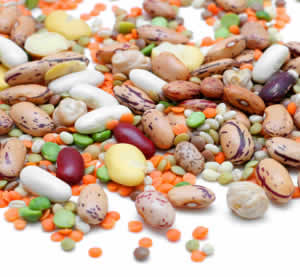 Like grains, legumes are also high in lectins, which are part of the ‘anti-nutrient’ group and should be avoided mainly because they contain properties that inhibit the absorption of nutrients.

As lectins are allowed to build up inside the body, it causes damage to the ability of the body to fully utilize its nutrients effectively.

Legumes are quite common in many diets, as it includes beans, certain nuts and other animal products as well.  During the Paleolithic era, our ancestors allow food to ferment, which have significantly cut down the consumption of lectins. Since modern diet no longer includes the fermentation process, more lectins are invariably consumed.

How To Best Avoid Lectins?

Compared to grains, legumes are easier to eliminate. You can start by diversifying your food. Keep in mind that despite the drawbacks of lectins, it also comes with nutritional benefits, so the trick here is to consume sparingly. One important point I wish to highlight is that one of the major lectin offenders is soy, which means you need to eliminate or at the very least minimize the use.

We all grew up and taught that milk is an essential part of a healthy diet. In fact, government agencies and health experts have staunchly advocated and promoted the regular intake of milk and we all managed just fine, right? For kids, milk is said to be essential for bone development and for preventing fractures, and for seniors, it is critical for preventing or delaying the onset of osteoporosis. 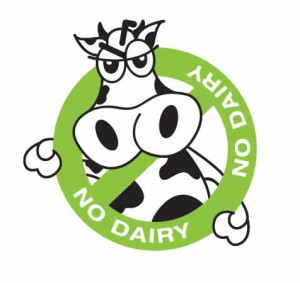 Unfortunately for ex-cheese lovers like me (emphasis on the ‘ex’) and for those who love milk and other dairy products, there are mounting medical evidences that point to dairy consumption to be closely associated with diabetes, cancer, schizophrenia, autism and other autoimmune disorders.

While cow’s milk contains a perfect balance of protein, fat, and hormones, is ideal for baby cows, it is definitely not ideal for human consumption. This is because the fat and hormones in dairy are closely linked to a number of hormone-related ailments include prostate cancer, breast cancer and acne.

There is also the fact that cow’s milk is not derived naturally. Cows are mostly kept in an unhealthy state, largely fed with antibiotics and hormones. In fact, this is the main reason why commercial milk is pasteurized and homogenized. This process inadvertently destroys the cell structures and significantly reduces its nutrients.

So Where Do You Get Your Calcium Then?

While milk is a good source of calcium, it is not the only source you can consider. In fact, you can still enjoy your milk, albeit from different sources such as coconut milk, almond milk and flaxseed milk. There are also a number of calcium rich food sources such as sesame seeds, almonds, green leafy veggies like spinach, broccoli, okra and artichokes, to name a few.