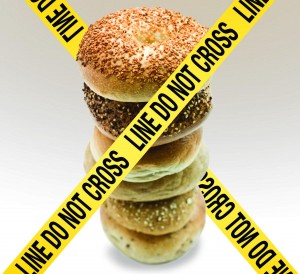 Perhaps one of the major challenges I have encountered in transitioning to Paleo diet is the elimination of wheat and gluten, which practically meant giving up more than half of my favorite foods.

I bet, many people consider this unthinkable, especially for those who love pastry goodies, rice and pasta.

However, I have always been a firm believer that the key to making a firm resolve is understanding the reason behind it.

If you have read about the do’s and don’ts of Paleo diet, you have probably tried to stick to eating smart for a week or two.

But lacking the knowledge and understanding as to why certain food items are restricted from Paleo diet will make it all too easy to slack and go back to the old, familiar ways.

Wheat, Barley And Rye – Why Are They Bad For You?

In the previous articles, I have discussed how grains in general are poor choices for health. However, I feel the need to highlight gluten-containing grains in particular, which includes barley, wheat and rye since all three are particularly damaging to health.

All grain products, including grain that does not contain gluten such as corn and oat are generally discouraged in Paleo diet since these products contain gut irritating lectins a well as mineral binding phytates.

Gluten is the main component that makes up about 80% of the protein you can derive from wheat, barley and rye. Wheat germ agglutinin (WGA) is a type of lectin found in wheat that is known to be particularly damaging to human health. In addition, opioid peptides, have been identified a psychoactive chemicals that are similar to those found in morphine and opium.

Contrary to popular belief, wheat should not be only avoided by people with Celiac disease.  It is generally bad for everyone, of any age and gender. Celiac patients simply tend to react more strongly against gluten and wheat compared to individuals who do not have the same condition, although, the system, unknown to many, reacts in a number of insidious ways.

How Wheat And Gluten Damage Your Health

Gluten has been known to trigger gut inflammation to more than 80% of the population. In addition, 99% of the population has the genetic capability of developing antibodies against gluten. These antibodies are of course great news, but as soon as the body is unable to react to gluten in the right away, its proteins enter the blood stream, which then sets off an immune reaction.

This is the main gluten component that cause problems when the gluten protein enters the  bloodstream. Gliadin shares similar structures to other forms of proteins that are found in the tissues of major organs such as in the pancreas and thyroid. The antibodies that the body produces to fight off gliadin can end up attacking the said organs and eventually develop autoimmune diseases such as type 1 diabetes and hypothyroidism.

Over the years, there have been various studies that are strongly associate gluten with cancer. IT is believed to be a potential cause of cancer or at least promotes cancer. In addition, gluten, just like wheat are known to cause premature death of healthy cells.

What These All Means

If we are to round up the different foods that humans are not genetically engineered to eat and digest, without a doubt, gluten and wheat are top of the list. It is sad to know that thee harmful food products are commonly present in a number of food items that we normally eat. However, I do hope, these are reasons enough for you to stick to Paleo diet and eliminating gluten and wheat from your diet.