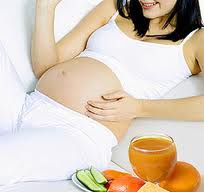 In the previous articles, I have discussed to you Paleo For Athletes and Adapting Paleo Diet For Endurance Athletes  — both of which highlighted the numerous benefits Paleo diet offers to athletes in terms of enhancing performance, increasing recovery rate and promoting long-term health.

As we move deeper into learning more about the Paleo lifestyle, join me in exploring and nitpicking the nitty-gritty of Paleo Diet For Pregnant Women.

Like athletes, pregnant women have specific nutritional requirements important for ensuring the health and well-being of both mother and child.

Hence, for anyone wanting to adapt the Paleo diet, it is important to take time and understand how this diet can complement the changing demands of the human body as we go through the different phases in life. In this case, we are going to focus on pregnancy.

Before, During and After Pregnancy

Pregnant women are faced with significant challenges, most common of which is the sporadic cravings and heightened sensitivity to certain taste and smell. Getting in adequate amount of vitamins and minerals while dealing with morning sickness can be quite tricky, which is why the choice of food is critically important.

For women who are trying to conceive, Paleo diet is helpful in establishing a solid foundation for healthy eating habits to support future pregnancies. In fact, being in a Paleo diet can help increase the chances of conception.

In his book, The Paleo Answer, Loren Cordain stated that the Paleo diet is able to deliver more folate and B12 compared to the typical American diet. This is important during pregnancy to effectively lower the homocysteine levels in the bloodstream, which is closely linked to decreased fertility.

For women who are pregnant, you can safely continue with the Paleo diet without concerns. However, in order to fully take advantage of good prenatal nutrition and health benefits of the Paleo diet, experts suggest certain modifications.

This is the reason why you will mostly find DHA and EPA in majority of the prenatal supplements you can find in the market today.  In addition, fatty acids also promote and support eye and fetal brain development. In some studies, it is also believed to help prevent postpartum depression.

It is also important to note that the high supply of fatty acids can also benefit babies even after delivery. Why? According to the study conducted by researchers at Emory University back in 2011, adequate intake of Omega-3 fatty acids during pregnancy can significantly reduce the incidence of cold. It has also been proven to shorten the duration of an ailment among babies after delivery.

Paleo diet promotes the consumption of food sources that contain high amounts of Omega-3 fatty acids typically found in fish, avocados and nuts. For those who have concerns about mercury content in fish, it is recommended that you stick to eating herring, salmon and sardines.

During pregnancy, iron requirement will significantly increase. Paleo diet presents the ideal solution for meeting the iron requirements as it is known to combat iron deficiency in two ways:

Paleo diet is also ideal for mothers who are diagnosed with gestational diabetes, as this particular diet can help control the said condition. The Paleo diet plan features low glycemic index, which helps maintain the blood sugar levels within the healthy and balanced state. By choosing to replace high sugar food products with low glycemic index food choice, such as vegetables and fruits, pregnant women will be able to successfully lower the risk of developing gestational diabetes. 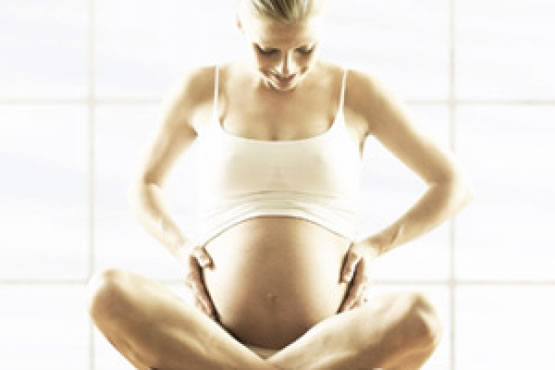 For pregnant women, it can be difficult to strictly follow the Paleo diet, especially when dealing with cravings. However, as stated by Cordain, “It is increasingly becoming clear that one size doesn’t necessarily fit all.”

During pregnancy, it is advisable to slightly modify the Paleo diet given the fact that pregnant women have lower tolerance for food with high protein content. Excessive consumption of protein during pregnancy can also possibly contribute to low birth weight of the baby as well as increased risk of mortality rate.  For this reason, Cordain highly recommends for pregnant women to incorporate an increased intake of Omega- 3 fatty acids and unprocessed carbohydrate sources.

For women, Paleo diet is something that can be followed and adapted even after pregnancy.  The benefits of Paleo diet extends after giving birth, most particularly when breastfeeding the baby. The high iron and protein diet can also provide the adequate fuel the body needs for prenatal and post-natal exercises.

As you can see, Paleo diet is not just a temporary diet for weight loss. Unlike fad diets that have specific timeline, the Paleo diet can sustain and promote good nutrition and better health as we move through the different phases in life.

P.S. Check out THE PALEO RECIPE BOOK for an instant access on Paleo Diet Meal plans with over 370 recipes. Sign up on my newsletter to get a preview on the recipes included on the Paleo Diet Cookbook.