Not All Dietary Fats Are Made Equal 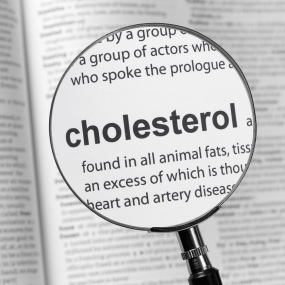 Hello everyone and welcome to yet another insightful issue on Paleo Diet Food. I am hoping by now, many of you are enjoying and reaping the rewards of Paleo diet.

Over the past few weeks, I have read a lot of comments and questions regarding the preparation of food following the Paleo diet, which prompted me to come up with Paleo Diet Food series that are all designed to answer basic and common, yet often overlooked issues. The article, Common Paleo Diet Mistakes People Make, is a part of that series.

In the coming weeks, through the Paleo Diet Food series, I will be answering some of these questions and hopefully enlighten you about the common misconceptions, apprehensions and reservations about the Paleo diet food and the Paleo lifestyle.

For this article, I am going to tackle about one of the popular issues and source of controversy in the Paleo diet food – fat. Join me as we probe deeper into this, eerr.. fatty issue.

Why Cholesterol Is NOT Your Enemy

Yes, Cholesterol is not the sinister Darth Vader of human health.

For years, we have been led to believe that fat is generally bad for us and carbohydrates are our allies. There is also the belief that the key to achieving and maintaining healthy weight is to exercise more and eat less. And yet… despite this advice, haven’t you taken notice of the growing epidemic of diabetes and obesity worldwide?

We were advised to cut down on the consumption of red meat, eggs, butter and lard – all of which are encouraged in Paleo diet food guides. Cholesterol strikes fear among the hearts of many. We live in a world that is increasingly obsessed with eating low fat and cholesterol diet. But, recent studies have shown that the body actually needs cholesterol!

In a recent study conducted by Texas A & M University revealed that LDL or low-density lipoprotein is not the main culprit. In the study that researchers conducted on 52 older males with ages ranging from 60 to 69 who were enrolled on a muscle strengthening program, it was found that individuals with high levels of bad LDL cholesterol gained the most muscle size and strength (as published in the Journal of Gerontology, May 6, 2011). The said study was headed by Steve Riechman, a researcher from the Department of Health and sinesiology.

According to Riechman, ““It shows that you do need a certain amount of LDL to gain more muscle mass. There’s no doubt you need both — the LDL and the HDL — and the truth is, it (cholesterol) is all good. You simply can’t remove all the ‘bad’ cholesterol from your body without serious problems occurring.”

What does this study imply? The so-called bad LDL cholesterol brings cholesterol to damaged muscles to promote muscle growing and hasten healing. In other studies, it has been found that 50% of people who died in heart attacks have normal cholesterol levels.

Elevated Cholesterol Is A Symptom, Not An Underlying Cause

Sugar As The Real Bad Guy

So what causes the inflammation of the arteries, you may ask? This has been found out to be triggered by chronically elevated levels of insulin, brought about by the excessive consumption of carbohydrates. Other known triggers of inflammation include vegetable oils and trans fat. In the Paleo diet food plan, you will notice that high levels of antioxidants derived from fruits and vegetables are highly recommended and the consumption of processed carbohydrates are prohibited.

What Should You Strive For?

In order to strike a healthy balance, aim for low triglyceride levels, which is known to be chronically high in legumes and grains and other sources of carbohydrates. This is one of the reasons why starches are prohibited in the Paleo diet food list.

You should also work on increasing your HDL level through consumption of saturated fat, which you can get from the recommended dietary fat sources listed in the succeeding section. Avoid overconsumption of food sources that are high in Omega 6, which are mainly derived from vegetable oil and excessive consumption of nuts.

So where can you best derive sources of fat your body needs? Consider the list provided below:

In addition, animal fat are heat stable and doesn’t need to be refgrigerated. To get your regular supply of animal, ask from your butcher. You can also buy suet (beef) or leaf lard, which also come pretty cheap. You see, Paleo diet food products don’t have to be expensive.

These are all the recommended fat in Paleo diet food. Of course, there are other possible sources of fat that you can consume such as nuts, nut butters and eggs. Just make sure to eat nuts in moderation since it contains high levels of Omega 6, which can also trigger inflammation. Read the Paleo Diet Food List for more information about the recommend food sources.