Discover How Paleo Diet Can Protect Your Brain 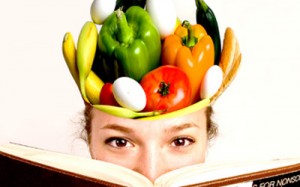 Recent studies reveal that dementia and other forms of mental retardation is mostly contributed by lifestyle. Yes, you heard it right – more than just bad genes and other factors, poor lifestyle choices have been found to be a major underlying culprit.

Dementia: An All Too Real Health Concern

As many of us know, when it comes to aging, life can be indeed cruel. But sagging skin, graying hair and wrinkles are just some of the minor concerns. Among the most important one, that has been a major health concern today is the gradual degradation of the brain function. In fact, according to the recent survey conducted by the Harvard University School of Public Health along with the Alzheimer Europe consortium, dementia is an all too real concern among Americans and people living in Europe.

Dementia or the severe cognitive decline is actually the 6th leading cause of death in the United States. This condition is known to typically manifest after the age of 60. In addition, an estimated 5.4 million Americans are victims of this illness, 13% of which are over the age of 65. Scientists associate this debilitating disorder to the accumulation of toxin protein as well as beta-amyloid in the brain cells that blocks the transmission of information among the cells of the brain. Over time, it wipes out synapses and disrupts the basic neuron function, which eventually leads to cell death.

Brain Food To Protect Against Dementia

The choices we make all throughout our lives can aggravate or lessen the risks of Alzheimer’s and other cognitive problems or perhaps delay its onset. In fact, food plays a very important role in preventing dementia since picking the right food can effectively minimize as well as preserve a healthy mind all throughout the aging process.

The Role Of Paleo Diet In Preserving Brain Health

Consistent with the principles of Paleo diet, the regular consumption of colorful and organically grown vegetables and fruits, especially those high in vitamin A, C and E as well as beta carotene and capsaicin are found to be effective in combating oxidative stress that modern people are constantly subject to.

Antioxidants are also known to effectively slow down the nuerodegeneration as it works to shield the body from virus, bacteria and oxidative stress. Foods that are included in the Paleo diet, which have been identified to help protect the brain include broccoli, grapes, blueberries, strawberries, prunes, apples, spinach and artichoke. In addition, herbs and spices such a thyme, turmeric, rosemary and oregano are also recommended for promoting better brain health.

By adding antioxidant Paleo diet foods in your diet, you can safely and proactively combat the degeneration of the brain. Since Paleo diet is promoted as a lifestyle choice and not merely a fad diet, it supports the idea of regular consumption of healthy food to protect use from Alzheimer’s diseases and other brain disorders.