Confused With The Do's And Dont's Of Paleo Diet Foods? Let's Demystify Them Together! 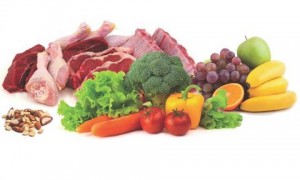 If you have just checked in on our Paleo diet education series – Welcome! Like many, you may have been overwhelmed with the restrictions and guidelines of Paleo Diet Foods. While making the transition can be quite confusing at first, over time, adhering to the Paleo Diet Food List will eventually become second nature to you.

We are taking on the Paleo diet piece-by-piece, and I know I’ve always introduced the previous topics as exciting. However, this edition of our Paleo Diet education series is truly one of the most interesting, as it represents the “meat” of the Paleo diet.

Right now, let’s take on the rules, specifically, the Paleo Diet Foods or the foods allowed on the Paleo diet.

You may already know that in the most basic sense, the Paleo diet foods are those that we believe comprised the diet of our Paleolithic ancestors. This means that everything raw, organic, unprocessed and natural are considered to be foods allowed on the Paleo diet and of course, all of the opposite food types are not Paleo diet foods. These are foods that our ancestors ate before grains, refined sugar, and other processed food items became available.

According to a number of medical studies conducted over the years, it is the variety of modern, processed and refined food available to us today, that have led to multiple forms of chronic and debilitating conditions like diabetes, hypertension and obesity.

So, what are the Paleo diet foods that lead to natural and easier weight loss, better health, greater energy and vitality?

To create a picture of a balanced meal for you and to make them easier to remember, I have chosen to divide the Paleo diet foods into 3 main basic food groups: Grow, Glow and Go Foods allowed on the Paleo diet. Just remember – GROW, GLOW and GO.

These grow foods are the basic protein sources in the Paleo diet and mostly come from grass-fed animals with lean meat, wild-caught fish, shellfish and eggs from organically fed chicken. Most Paleo experts would say that these “grow foods” should comprise two thirds of the caveman diet, and as such, represents the major source of energy for Paleo diet followers, as compared to the carbohydrate-rich diet of modern man.

However, although most vegetables and fruits are included, Paleo diet experts would recommend those that have a low-glycemic index or those that are less starchy or sugary such as citrus fruits (cherries, kiwis, oranges, tangerines), berries (blackberries, strawberries, blueberries, boysenberries, raspberries), melons (watermelon, cantaloupe, guava, papaya and honey dew melon), ruhubarbs, avocadoes, tomatoes and others.

Since refined sugar, grains and most other carbohydrate foods are not available to our hunter-gatherer ancestors, this comprised very little of their diet. Most of their sweets came from natural sources like fruits and especially, unprocessed, unheated honey. 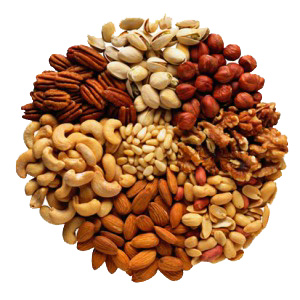 Again, oily foods allowed in the Paleo diet must come from unrefined oils such as extra-virgin olive oil, canola and walnut oils. Nuts and seeds are also types of foods allowed in the Paleo diet such as unsalted cashews, pecans, almonds, chestnuts, macadamia nuts, pumpkin seeds, pine nuts, walnuts, and sunflower seeds, and finally you would think all kinds of beverages are out. However, paleo experts would agree to drinking a glass of wine every once in a while.

I know I have not written all the foods allowed in the Paleo diet, but I’m sure I’ve listed most of them, and this should help jumpstart your attempts on starting on a brand new, healthier and more refreshing lifestyle.

It's no question that embracing the Paleo Diet lifestyle will usher in major changes in your life. You may question, “Is it worth it?” or “Is The Paleo Diet Healthy?” but you will take into account the host of benefits you can derive from making the shift towards and healthier, simpler living, then you know every little effort counts — A LOT.